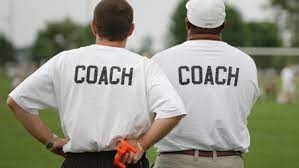 Mr. Barnette C. Goldberg better known as “Barney” passed away on Friday, April 8, 2022, in the care of his family and Accent Care Hospice.

Barney was born in Philadelphia, PA to the late William and Frances Rosenberg Goldberg.  In addition to his parents, he is also preceded in death by this sister, Rochelle, as well as his in-laws, Davis and Catherine Carlisle.

Barney was a 1960 graduate of P.S. Dupont High School and attended the Philadelphia College of Textiles and Sciences for 2 years.  At the age of 32 he graduated from the Delaware State Police Academy as a Municipal Officer.  After retiring as Assistant Chief of the South Bethany Police Department he held the position of bailiff at the Sussex County Court of Chancery.

He was a coach for baseball, softball, and football for Millsboro Middle School, as well as Sussex Central High School.  He was active in Pop Warner Football and Millsboro Little League where he was a great role model for many young athletes.  He was a member of the Millsboro Jaycees and Zoar United Methodist Church, as well as a charter member of the Sussex Central Ruritans and Sussex Lodge #2 of the Fraternal Order of Police.  Barney was a devoted husband and father who put his family first.  Zoar Church and his church family were a big part of his life.  He had a dry sense of humor and possessed quick wit responses.

Barney is survived by his devoted wife of 58 years, Mary Catherine Goldberg of Millsboro, DE and one son, Bart Goldberg and his wife Traci and a grand dog “Abby” of Millsboro, DE.  He also leaves behind three nephews Brett, David, and Jack as well as one niece Syndi.  Also surviving are his fellow coaches, players and police officers, extended family, and friends.

A special thanks to his personal care aide, Samantha.

To send flowers to the family or plant a tree in memory of Barnette "Barney", please visit our floral store.