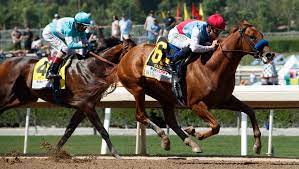 Denis A. Mumford, 70, of Georgetown, DE passed away unexpectedly at home on April 7, 2022.   He was born on August 10, 1951, in Milford, DE to the late Preston J. Mumford, and his mother, Dorothy Hall Mumford, who survives him. Denis was the proud business owner of Mumford Seal Coating, which he maintained and operated for over 30 years.

Denis loved sports, being a great athlete himself. He played football, baseball, and slow pitch softball. Horse racing was his passion, as he raced horses for many years starting out as a jockey and setting records. Later, he spent time training and owning horses, and continued watching them race at the local racetracks as much as he could.

Denis took great pleasure in watching his nieces play sports and was their number one fan. Most recently you could find him watching Sussex Central football and softball games, or at the Georgetown Little League watching his great nephews play. His ability to recall sports plays and moments was extraordinary, remembering every detail from any sporting event he followed. If you knew Denis, you also knew he was one of the world’s biggest New York Yankees fans.

In addition to his mother, Dorothy H. Mumford, Denis is survived by his sister: Diana Pettyjohn, of Georgetown, DE and his nieces: Karen Irvin, of Georgetown; and Kathy Pettyjohn, also of Georgetown.  He has two great nephews: Dane and Emmitt Irvin, both of Georgetown, DE.  He leaves behind a great number of friends, extended family members and business acquaintances. Denis was a kind and gentle soul, a hardworking man, and he will be greatly missed.

A time of viewing and visitation with the family will be held at the Watson Funeral Home on Wednesday, April 13, 2022, from 5:00 PM until 6:00 PM, with a funeral service to follow at 6:00 PM which will be conducted by his Uncle and Close Friend, Ray Hall.  Interment will be private at the Lewis Cemetery on Thursday.

To send flowers to the family or plant a tree in memory of Denis, please visit our floral store.