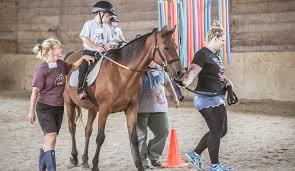 Dylan Michael Hatfield of Millsboro, DE passed away on Friday, April 22, 2022, at Nemours Children’s Hospital.  He was 18 years old.

He was born in Lewes, DE on September 26, 2003, to Jeffrey and Lisa K. Noss Hatfield who survives him.

Dylan attended Bayshore Community Church in Gumboro, DE and Howard T. Ennis School in Georgetown, DE.  He enjoyed being around people and although he was nonverbal, he was known for his bright smile and speaking with his eyes.  He enjoyed people, horseback riding, swimming, travelling and attending church and school.  He absolutely loved riding in the car no matter where he was going.

In addition to his parents, he is survived by his sister Kaylin Hatfield and his brother  Ryan Hatfield both of Millsboro, DE; maternal grandmother Karen Noss of Farmington, MN: paternal grandparents Harold and Carolyn Hatfield of Millsboro, DE;  an uncle Paul Noss (Jean) of Farmington, MN and an aunt Carrie Sharp (Brian) of Palmyra VA.  He is also survived by five cousins: Casie, Brynna, Ian, Mikaela, and Owen.  Dylan also leaves behind his guard dog “Peanut” who was his protector and companion as well as many other friends and extended family whose lives and hearts   he touched.

He is preceded in death by his maternal grandfather James M. Noss, uncle Michael Noss and uncle Bryan Morton.

In lieu of flowers the family suggests donations in his memory to Freedom in Motion, 20059 Shingle Point Rd, Georgetown, DE  19947, which offers therapeutic horseback riding for those with special needs.

To send flowers to the family or plant a tree in memory of Dylan, please visit our floral store.