Share a memory
Obituary & Services
Tribute Wall
Read more about the life story of Earl and share your memory.

Earl Clark Croswell of Millsboro, DE passed away peacefully on January 19, 2023, after a long and courageous battle with cancer.

Earl was born in April of 1943 to William and Margaret in Annapolis, MD. After he graduated from Stephen Decatur High School in 1961, Earl joined the USMC. He was a very proud Marine.

After serving in the USMC, Earl went on to own and operate several businesses on the shore. Most will know him from his time as a Chevrolet dealer in Snow Hill, MD but he also spent time with the Delaware State Police as a K9 officer and even taught HVAC classes at Del-Tech.

Believing that anything was possible if you put your mind to it, Earl strove for success in everything that he did - especially if that involved racing. Having raced jeeps and owned a stock car in his younger years, he decided to slow down a little in his 50’s and race horses. In one year, he was the winningest owner, trainer and driver.

Earl didn’t stick to just cars and horses - he was also a charter boat captain and a pilot. He did custom woodworking for friends, and if it snowed you knew your driveway would be plowed.

Earl is survived by his loving wife, Linda of 43 years, their son Cody and his wife Bernadette.  His daughter Dawn Hopkins and her husband Johnny. His son Shawn Croswell and wife Wendi.

Earl was loved by many, including his grandchildren Collin, Izaak, Justin, and Caitlin. He was known as Poppy. And don’t forget his faithful dog Mater.

He was preceded in death by two brothers William (Bill) and Pete, and a sister Jean.

Services are to be held on Friday, January 27, 2023, at the Bay Shore Community Church in Gumboro. Viewing begins at 10:00 am, with service at 12:00 pm. Graveside services will then be held at the Gate of Heaven Cemetery in Dagsboro at 2:00pm.

In lieu of flowers, donations may be made to Delaware Hospice.

To send flowers to the family or plant a tree in memory of Earl C. Croswell, please visit our floral store. 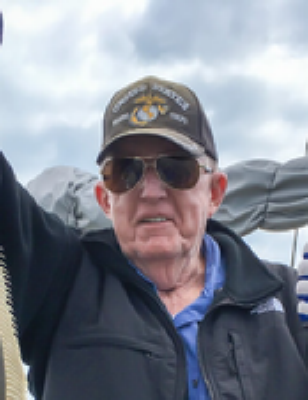 Look inside to read what others
have shared
Family and friends are coming together online to create a special keepsake. Every memory left on the online obituary will be automatically included in the book.

You can still show your support by sending flowers directly to the family, or by planting a memorial tree in the memory of Earl C. Croswell
SHARE OBITUARY
© 2023 Watson Funeral Home. All Rights Reserved. Funeral Home website by CFS & TA | Terms of Use | Privacy Policy | Accessibility