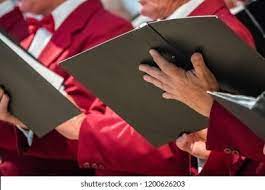 Ernest “Burt” Lumley of Georgetown, DE passed away peacefully on Monday, September 6, 2021 at the age of 93.

He was born and raised in the Wilkes-Barre, PA area and had lived in Pompton Lakes, NJ and Oakridge, NJ before retiring to Delaware.

Burt loved music and was blessed with a beautiful tenor singing voice.  He sang with numerous barbershop quartets and choruses and had won many awards for his vocal abilities as a young boy and through out his life.  His barbershop quartet “The Rocket Tones” were the 1961 M.A.D. Champions from a record field of 53 competing quartets.  In more recent years he sang with the local chorus “The Pride of Delmarva”.  Burt continued his love of singing and performing even into his 90s.

He is survived by his wife Virginia “Ginger” Lumley and his stepson Harry Baldwin of Georgetown, De.  He is also survived by two daughters Carol Lumley-Spock of Wayne, NJ and Nancy Chadwick of Neptune, NJ.  He also leaves behind three grandchildren Kelsey, Steven and Shawn as well as two great grandchildren Wes and Uma.

Services and Interment will be private.

Due to Burt’s love of animals, the family suggests donations in Burt’s memory to an animal shelter of your choice.

To send flowers to the family or plant a tree in memory of Ernest "Burt", please visit our floral store.

A Memorial Tree was planted for Ernest "Burt"

AN ANIMAL SHELTER OF YOUR CHOICE