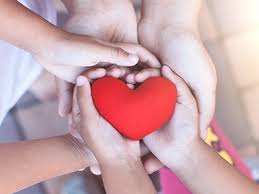 Janet Reed Jones, of Salisbury, MD and formerly of Ocean View, DE passed away in the care of Tidal Health PRMC on November 20, 2021.  She was 83 years old.  She was born on June 25, 1938 to the late Whiteley and Louise E. Cain Reed in Harrington, DE.  She married Arthur Jones in 1955 and together they raised two children: Arthur and Alton.  She worked most of her life as a realtor, and her life was all about her grandchildren and great grandchildren.  Janet was a kind, personable and likeable lady.  One of her hobbies was reading, but family was the most important thing to her.  In addition to her parents, she was preceded in death by her husband Arthur, in 2013 and a brother, Charles R. Reed.

Janet is survived by her children: Arthur Jones, Jr. and his wife Lisa, of Salisbury, MD, and Alton Jones and his companion, Robin also of Salisbury.  She has a sister, Margaret “Peggy” Govoni, of Felton, DE, a sister-in-law: Mildred Reed, of Felton, DE,  six grandchildren and sixteen great-grandchildren:  Keith Jones and his wife Joni (Aubrie and Brandon, McKenna, Shy and Karter who is a great-great granddaughter, Madison, Faun and Steven, and Skyler); Stuart Jones and his wife Liz (Caleb and Callie); Darrell Jones, and his wife Kathy (Payton, Tori and Grace); Erin Davis and her husband Matthew (Adalyn and Lyla); Tyler Hopkins and his wife Rachael (Morgan, Lydia and James); and Bethany Jones and her companion, Andy (Ayden, Reed and Raylee). Janet also leaves behind close friend Jane Jones.

A funeral service and Celebration of Her Life will be held on Tuesday evening November 23, 2021 at 6:00 PM at the Watson Funeral Home, 211 S. Washington St., Millsboro, DE.  Friends may call for viewing and visitation from 4 PM until 6:00 PM.  Pastor Fern Kester will officiate.  A private interment will follow at a later date at the Delaware Veteran’s Memorial Cemetery in Millsboro.

To send flowers to the family or plant a tree in memory of Janet Reed Jones, please visit our floral store.

A Memorial Tree was planted for Janet