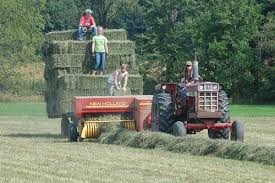 Mr. Ralph W. Dorey of Millsboro, DE passed away on Wednesday, December 30, 2020 at home in the care of his family and Delaware Hospice.

Ralph was born in Millsboro, DE to the late George W. and Ruth M. Bowden Dorey.  In addition to his parents, he is preceded in death by his son John William “Bill” Dorey, a sister Hazel M. Baker and a brother Ernest Lee Dorey.

He attended Millsboro School and joined the Army in 1951 and was honorably discharged 1n 1953.  He spent time in Germany during the Korean War.  He married Josephine S. McGee and together they raised four children. Ralph worked at American Store (Acme Markets) prior to and after his military service.  During his 34-year tenure he was a clerk and store manager, retiring in 1983.  After retirement Ralph enjoyed farming especially bailing hay.  He was very active with the hunting community providing a much-needed service of butchering deer. He was also a substitute school bus driver for numerous bus contractors.  Ralph was a life long active member of Carey’s United Methodist Church where he served on the Board of Trustees, Sunday School Superintendent and Official greeter.  He also served on the Carey’s Camp Committee and was regularly active in the Camp.  He also was a Sexton of Carey’s Cemetery for many years, a charter member of Bi-State Ruritan Club and member of Sussex Central Ruritans and serving  as Zone Governor, and Lt. Governor for Delmarva/New Jersey District.  On most mornings you could find Ralph at the Millsboro McDonald’s where he liked to enjoy coffee with his friends.

Due to the Covid 19 pandemic and restriction all services will be private.   A celebration of life is planned for a later date.

Letters of condolence may be emailed via

To send flowers to the family or plant a tree in memory of Ralph W. Dorey, please visit our floral store.