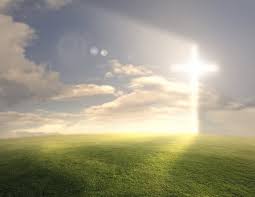 Richard Edward Morris, Sr. son of the late Harry Morris, Sr., and Annie Quillen (Morris), was born on Sunday, August 7, 1932, in Berlin, Maryland. He departed this life to be with the Lord on Thursday, December 9, 2021, in Columbia, Maryland.

Richard was educated in the Worcester County, Maryland public school system. He held many jobs to support his family, including working on the Hall Farm and Scott Wimbrow. His most significant work experience was at Abbott Laboratories (later CEVA Laboratories) for over 30 years.

There were two significant events that shaped Richard’s entire life. The first event was on Monday, July 7, 1952. On that date, he married the great love of his life, Connie (Constance) Wayfield Rogers. Their marriage endured for 66 years, producing six children, a legacy of love, fidelity, and perseverance. The two were inseparable and it was often said, “You don’t see Richard without Connie” and “Richard loves himself some Connie.”

Richard was an excellent husband, great father, and fantastic grandfather. He (with Connie) raised six children, as well as two grandchildren, Angel Valdez, and Lee Morris.

The second event was on Sunday, December 21, 1975. On that date, Richard “re-committed” himself to God and began boldly witnessing for Jesus Christ until his last breath. Richard joined Curtis United Methodist Church (Curtis Church) on Sunday, March 19, 1961, and was later baptized in September 1961. Richard was a faithful and diligent member who held numerous leadership positions, including Lay Speaker. He loved Curtis Church, its members, Men’s Ministry as well as performing the manual tasks such as, janitorial and landscaping.

Richard’s life was defined by service and commitment. He was fully dedicated to his church, his wife, his family, his job, and his community.

Richard loved his Morris family and was known to them as “Herbie or Uncle Herbie”. He lived his entire life on the Maryland Eastern Shore, along with Connie, until September 2014. Their youngest son, Vance and his wife Bernadette, moved them to Ellicott City, Maryland, to better care for his mother with her declining health. Connie passed away on October 21, 2018, leaving Richard heartbroken. While in Ellicott City, Richard and Connie attended Celebration Church of God in Columbia, Maryland.

Sister-in-laws Bernadette (Vance) and Zeleana (Steve), grandchildren Adam (Zeleana) and his wife, Breanna, Connor (Vance) and Selena aka Candy (Harold) provided much love and support to Richard during his final years without his precious Connie.

To send flowers to the family or plant a tree in memory of Richard Edward Morris, Sr., please visit our floral store.

A Memorial Tree was planted for Richard