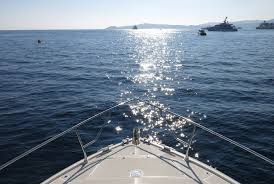 Robert H. Parsons, of Millsboro, passed away at his home on July 8, 2021, in the care of his family and Delaware Hospice.

He was born on March 2, 1934, to the late Franklin E. and Mary E. Thomas Parsons in Salisbury, MD. In addition to his parents, Robert was preceded by his beloved wife Haddie Rust Parsons in 2019 as well as two brothers: Richard and Thomas Parsons; and a sister: Patricia Parsons.

Robert led a very active life.  He married his wife, Haddie and together they raised three children.  During his working career, he managed P&M Hatchery, retired from a full career with the United Insurance Company, and co-owned Parsons'  Antiques with his wife.  He believed in hard work, and especially loved antiques.  His hobbies included a love of the water, and jet skiing.  He was a jovial character with a great sense of humor.  He always filled a room with his outgoing personality.  Most of all he was a devoted family man and will be dearly missed.

A funeral service will be held at 11:00 AM on Tuesday, July 13, 2021, at the Watson Funeral Home, 211 S. Washington St., Millsboro, DE  19966, where friends may call from 10:00 AM – 11:00 AM for viewing and visitation.  Interment will follow at Dagsboro Reedmen’s Memorial Cemetery.  His Pastor, Allen Miller of Community Church of Oak Orchard,  will officiate.

To send flowers to the family or plant a tree in memory of Robert H. Parsons, please visit our floral store.