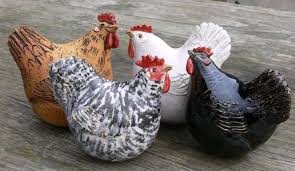 Shirley Ann Jackson, 82, of Laurel, DE passed away on March 18, 2022, in the care of Accent Care Hospice based at Christiana hospital in Newark, DE.   She was born on August 16, 1939, to the late John and Ella Sally Bratten Foskey Cooper in Salisbury, MD.  She married Russell Jackson, and together they raised five children.  She was a poultry grower for several firms, ending with Allen Foods.  She liked flea markets, soap operas and driving in the country.  She was a collector of ceramic chickens and poultry memorabilia.  She was an excellent cook and was thought of by her family as “the sweetest woman in the world” and “the best Mom in the world” due to her loving and caring character.

In addition to her parents, she was preceded by her beloved husband Russell, in 2010.  She was also preceded by two children: Linda Faye Whitelock and Barbara Ann Wootten.  Also preceding Shirley were three siblings: Laura Emma McCabe; Elizabeth Truitt; and George Foskey.

A time of viewing and visitation will be held from 11:00 AM until 12:00 Noon on Saturday, March 26, 2022, at the Watson Funeral Home in Millsboro, Delaware.  Following the viewing, a funeral service and Celebration of Her Life will be held at 12:00 Noon.  Pastor Robert Hudson will officiate.  Interment follows at Line Church Cemetery, Whitesville, DE.

To send flowers to the family or plant a tree in memory of Shirley, please visit our floral store.